Creole societies in the plantation context owe their existence, first to the islands of the New World (in both Atlantic and the Indian Ocean) and second, to the African diasporas that settled there under the specific conditions of slavery. In his work, The Myth of the Negro Past (1941), which is considered a landmark study of creolization, prior to the coining of the term, Melville Herskovits pointed out that the plantation system of slavery originated in the Caribbean where it reached its greatest scale, and then spread to the American continent (p. 8). This is an unexpected contribution of ‘Grannter’ (Africa) to Humanity – from the painful history of slavery.

First of all, the plantation system involved slavery, and this meant that millions of slaves had to be imported from the African continent, to the Americas. In fact, from the West coast of Africa, between Senegal and the Congo rivers, Herskovits proposes that between six to twelve million Negro slaves were brought to the Americas (p. 17).

Secondly, creolization, came into being through the deliberate attempts of the plantation masters to quash the establishment of African cultures from the continent by separating slaves of the same tribe and by shifting them. It happened because the separating and shifting left a vacuum for a third possibility to emerge, since the slaves had to recreate their culture within the confines of the plantation (Trouillot, 2006, p. 10).

was there enough of the same peoples to create a diaspora? For it would need a diaspora “to place the stamp of their tribal customs on New World behavior” (Herskovits, 1941, p. 39). This ‘stamp’ included the passing on of traditions and folklore, that would merge with, and become part of the New World’s creolized societies.

The fourth catalyst which permitted the creolized societies of the New World to emerge was that the African diasporas that were brought there were already accustomed to the creolizing process, prior to their enslavement. Herskovits was struck by the impact of interpenetrating cultures and internal change during his field trip to West Africa in 1932 (Baron, 2003, p. 97). In fact, contrary to presumptions of the origins of slaves in the New World as being the coastal areas of West Africa, internal transfers and contact had been ongoing across the African continent for ages.

In spite of its painful beginnings and lingering stigmatization, plantation creolization is a wonder of resilience and creativity. This is because it was, and in many ways, still is, caught between two worlds, and in order to exist, it has had to create a Third Space. The ‘third space’ concept was first coined in postcolonial theory by Homi K. Bhabha (1990; 1994; 1996), who posited that hybridity is a form of liminal in-between space where the “cutting edge of translation and negotiation” takes place (Bhabha, 1996).

Using folklore as illustration, Haring puts the third space theory into perspective: “Where societies come into a colonized, multiracial existence for the benefit of a European minority, the normal reaction of the constituent groups is to renegotiate culture” (2003, p.19). He suggests that this renegotiation was a natural reaction of plantation slaves, who under the stress of being forcefully transplanted to a new location and under the conditions of slavery, found the “capacity for learning and switching among codes… a more useful component of one’s mental universe than an old language” (2003, p. 20). Thus, the emphasis here is on adaptation for the sake of survival.

The slaves’ lives were regulated and their existence consisted of strict regimes of hard toil from dawn till dusk – and certainly, they were not allowed to gather in groups (Code Noir, 1685, Article 16). However, because slavery was essentially a business, there were always those who sought ways to save on expenses. Giving slaves the time and space to grow their own food so as to save their masters the expense of feeding them, enabled the creation of the ‘third space’. These provision grounds given to the slaves, provided both time and space, within the plantation system, yet distinct from the plantation norms, where the slaves could recreate a new culture, by dipping into their memories of their old lives, and adapting to the conditions of their new environment. 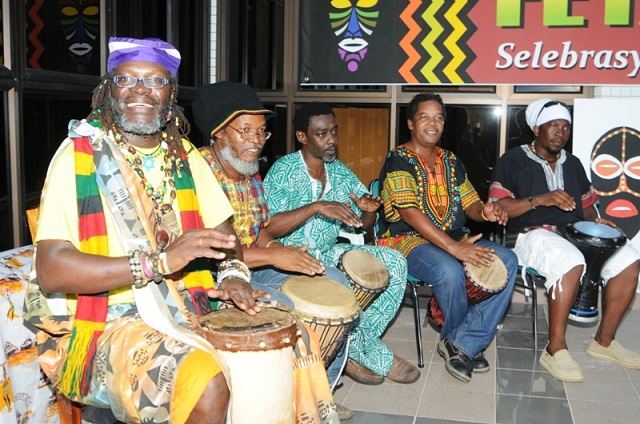