The unexpected gecko: A new cryptic species within Urocotyledon inexpectata (Stejneger, 1893) from the northern granitic Seychelles. 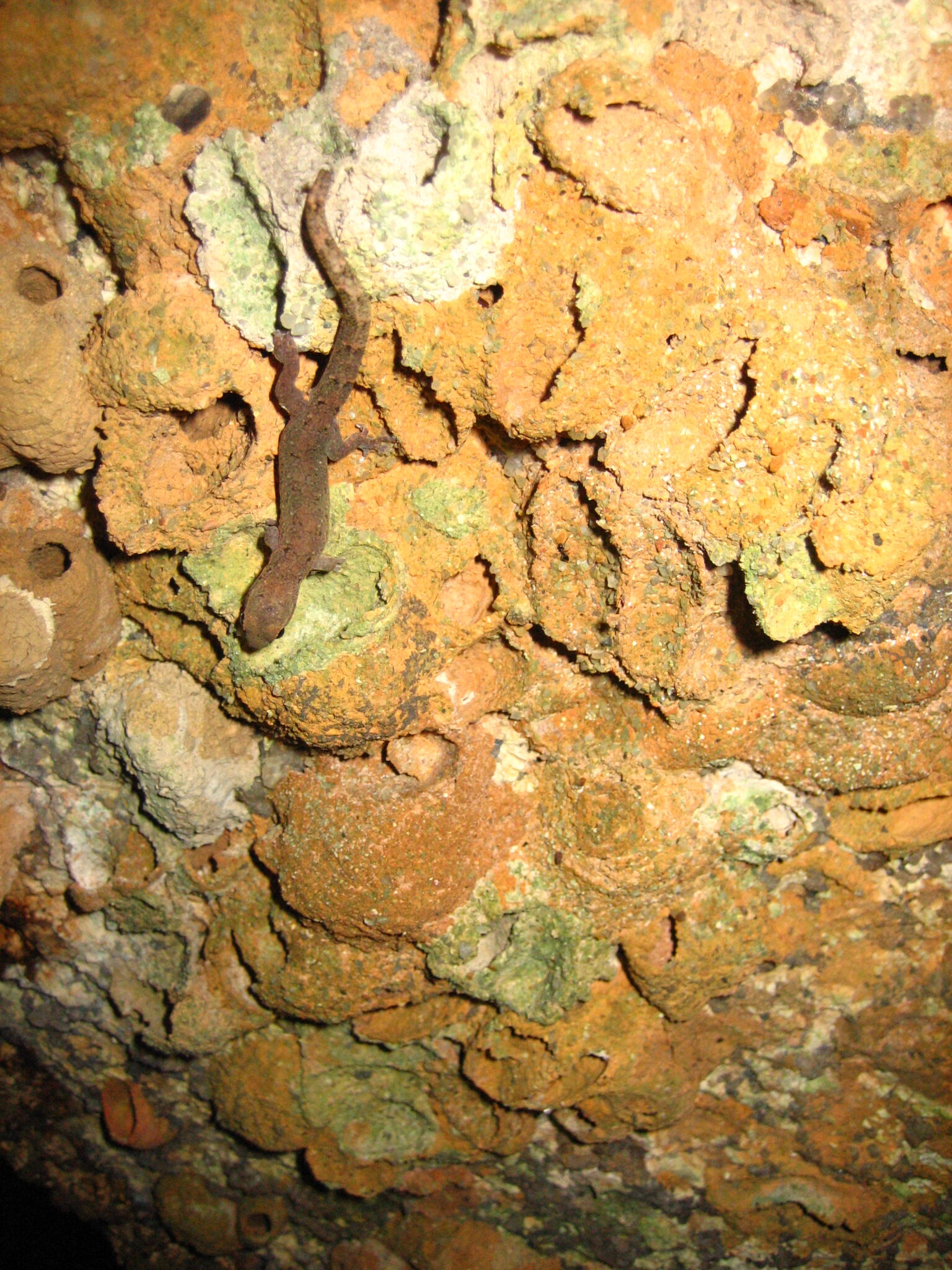 In this paper the sucker-tailed geckos – named Lezar lake kole in Creole – from the northern granitic islands of the Seychelles archipelago (Praslin, La Digue, Felicité and surrounding ones) are described as a new species Urocotyledon norzilensis. As it happens with other Seychelles taxa to varying degrees, it was already known that northern and southern islands populations were genetically strongly differentiated, although they are almost identical from a morphological point of view, especially in respect to what can be easily observed in the field. Further genetic analyses supported these two main clades as different species.

Javier Lobón-Rovira, from University of Porto (Portugal) and several co-authors, including Dr. David Gower, a British researcher affiliated to the Island Biodiversity and Conservation centre of the University of Seychelles, screened several populations of these two groups for various physical traits including skull and jaw bone characteristics. Despite the high morphological similarity that makes them qualify as cryptic species, northern populations were found to have more ossified skulls, more teeth, shorter back limbs and relatively smaller eye diameter and wider head that their southern counterparts. This classification now more accurately reflects the diversity of sucker-tailed geckos in the Seychelles and it will hopefully motivate further studies in these poorly known species.

Urocotyledon inexpectata, a small gecko endemic to the granitic islands of the Seychelles, has previously been demonstrated to comprise two highly distinct clades based on mitochondrial and nuclear DNA sequences, with one lineage exclusive to a northern group of islands, and the second lineage exclusive to the more southerly islands. Here we complement the genetic data with additional analyses to determine if the clades should be considered distinct species. We present and analyse new morphological data, including skull and jaw osteology, and supplement the available genetic data with DNA sequences for individuals from the previously unsampled island of Felicité, which cluster with the other northern island samples. Despite the high morphological similarity between Urocotyledon populations from northern and southern islands, diagnostic characters were identified, with the northern lineage having a more completely ossified skull, more tooth loci on maxilla and dentary, shorter hindlimbs, relatively smaller eye diameter and relatively wider head. We therefore describe the northern lineage as a distinct species, Urocotyledon norzilensis sp. nov., and discuss the biological and conservation management implications of this taxonomic action.