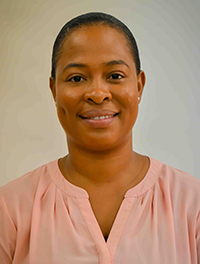 Diana Benoit joined the University of Seychelles (UniSey) in 2014 as a Public Relations and Marketing Coordinator. Her undergraduate education was at the Curtin University of Technology in Perth, Western Australia, where she obtained a double-degree in Communications and Cultural Studies; Media and Information.
In 2016, she was awarded a Masters in Public Administration from UniSey in collaboration with the Eastern and Southern African Management Institute in which she received a first class. Shortly after, she was appointed as Project Manager to support the establishment of a new Peace and Diplomacy Research Institute at UniSey. She worked closely with Emeritus Professor Dennis Hardy, the then Vice-Chancellor of UniSey, and the late Sir James R. Mancham (KBE), founding President of the Republic of Seychelles, to develop an Institute that will contribute to global peace through research, education, training and mediation. In 2017, she was promoted to Director of the Institute.
Her main focus is on transitional justice processes; trauma and healing; nonviolent social change and conflict transformation. She is currently a PhD candidate with at the Durban University of Technology where she is following a Doctor of Philosophy in Management Sciences Specialising in Public Administration – Peace Studies. Her study will focus on the nexus between trauma healing and peacebuilding amongst Seychellois families affected by the 1977 coup in Seychelles, which has an action research element.