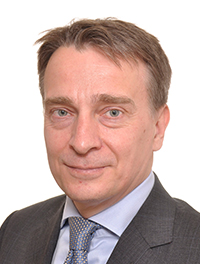 He received his Bachelor of Laws (LLB) from Cardiff University (where he served as Student Union President) and continued his studies to qualify for the Victorian Bar at Melbourne University. He is admitted to practice as Barrister and Solicitor at the Supreme Court of Victoria, Australia.

As Managing Editor of Social Economy & Law Journal, he supported the concept of enabling legal and fiscal frameworks for foundations and associations in emerging democracies. Previously, he worked at Midland Bank International (London), Mori Hamada & Matsumoto (Tokyo) and King Wood & Mallesons (Melbourne) in their banking and finance practice, and contributed to the international development impact of foundations and trusts in such roles as Director of European Foundation Centre, Founder of European Philanthropy Institute, and Head of Fundraising and Trainer with SNV Netherlands Development Organization.

He has given lectures at Tsinghua University (Beijing), The Council of Europe, Kyiv-Mohyla Academy, and The Interdisciplinary Centre for Business Studies, and has run capacity-building workshops jointly with local partners in East Africa and Europe.