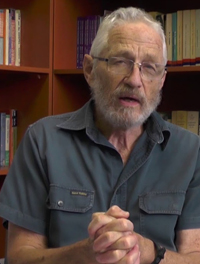 Professor of Economics, University of KwaZulu-Natal and Director of the Conflict Resolution & Peace Studies programme, 1999-2011. From January, 2012, Professor Emeritus.

I have supervised to completion approximately 100 masters dissertations/theses and 30 PhD theses and have examined at least twice those numbers. I am currently (early 2019) supervising 24 doctoral and 6 master’s theses.

Graduate School of Business, University of the Free State, 2005-2011

I have focussed on economic aspects of conflict and security for the past 20 years. I established the Centre for Peace Studies at the University of New England, Australia and was its head, 1990-99. I was head of a similar programme (distance-based, postgraduate, inter-disciplinary) at the University of KwaZulu-Natal from 2000 to 2012. I established the postgraduate Peacebuilding Programme at Durban University of Technology in 2013. As of early 2019, there are some 50 PhD and 20 master’s students in the programme from many African countries.

My current research projects include restorative justice with prisoners, the relationship between economic inequality and violence and demilitarisation.

I am heavily involved [as chair of the governing body] with Phoenix Zululand, a restorative justice programme with eight employees working with prison inmates in Zululand. I am also chair of the Board of Trustees of the KwaZulu-Natal network of the Alternatives to Violence Project.

G.T. Harris, Military expenditure and economic development in Asia during the 1990s, in J.Brauer and P. Dunne (eds.), Arming the south: the economics of military expenditure, arms production and arms trade in developing countries, Ashgate, Avebury, 2002, 71-98.

G.T. Harris, Peacebuilding and reconstruction after war in developing

B Taylor and G Harris, The efficiency of South African universities: a study based on the analytical review technique, South African Journal of Higher Education 16 (2), 2002, 183-192

G Harris, If your only tool is a hammer, any issue will look like a nail: building conflict resolution and mediation capacity in South African universities, Higher Education 55 (1), 2008, 93-101.

T Agwanda and G Harris, People to people peacemaking and peacebuilding: a review of the work of the New Sudan Council of Churches, African Security Review 18 (2), 2009, 42-52.

C Wielenga and G T Harris, Building peace and security after genocide: the contribution of the gacaca courts of Rwanda, African Security Review 20 (1), 2011, 15-25.

Ngwenya, D. and G T Harris, 2015. The consequences of not healing: evidence from the Gukurahundi violence in Zimbabawe, African Journal on Conflict Resolution, 15(2): 23-34.