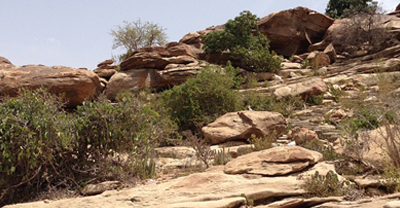 The topic of the first seminar (which was held in May) was Somalia, a country with an unenviable modern history but which is now making every effort to find a place in the international community. Known best in Seychelles for its pirate activity and threats to our fishing and tourism industries, Somalia is commonly thought of as a failed state. But is that a fair indictment and what is being done to improve things? To brief the audience and encourage discussion on the way forward, a panel was formed with three specialist speakers.

First in line, Matthew Harper, Political Counsellor at the British High Commission in Victoria offered a comprehensive overview of Somalia as it endeavours to make progress, together with an account of an important convention in London which brought together different parties. He showed how the country is riven with factional conflict, mainly based on the tribal system, and home-grown terrorism has deterred inward investment. Most of the population is nomadic and there is little in the way of natural resources.  To add to it all, there have been successive natural disasters, and by most international indicators of health and life expectancy Somalia fares badly.

Matthew’s presentation was followed by Raymond St Ange, Superintendent of the Seychelles Prison Service, who has had direct dealings in the capture and imprisonment of Somalian pirates. He was able to relate how many of the pirates were reluctant to be sent back to their own prisons, where they could expect greatly inferior conditions.  Raymond is one of the few Seychellois to have recently visited Mogadishu, which he did in the company of Ambassador Barry Faure, and his description of the visit was hardly likely to encourage others to copy the experience.

Thirdly, Dr Ashton Berry, Associate Professor at UniSey, showed how Somalia’s recovery could be aided if more attention is paid to its lengthy coastline. In contrast with the barren interior, the sea can offer a wealth of opportunities within the framework of the Blue Economy. Presently, much of this is exploited illegally by foreign fishing boats and also in the unregulated waters it is susceptible to forms of illegal trafficking.

It is worth adding that a minister in the Somalian government believed we should not be holding it without one of his fellow country men or women present. Our response was to say that, much though we would have liked to include someone in this way, it was not an oversight on our part but, rather, a question of our inability to fund such a visit.