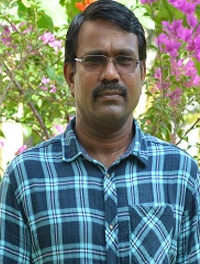 Alexander Muthurengan Murugaiyan started his career as a software professional but later realized his passion for teaching and has been doing that since 2000.

Alexander completed his studies in Tamil Nadu, India, where he obtained various academic qualifications. His bachelor’s degree was in Science, specializing in physics which was followed by a Master’s degree in Computer Applications and a Master of Philosophy in Computer Science. All these degrees were awarded by the Bharathidasan University, Thiruchirapalli, India.

Since he felt that hands on practice in software skills would help him better in refining the student’s skill on their professional need, he joined the Ministry of Land Use and Habitat (MLUH) as an IT Manager in 2006 and gained hands on experience until 2008.

Alexander has been invited to deliver talks on different topics and also has participated as Resource person for various workshops on Computer applications in colleges around Tamil Nadu, India. He was also the Yoga club coordinator and has conducted various programs on Yoga especially supporting the students and teachers from educational institutions.

He is currently engaged in pursuing a PhD in the field of Information Retrieval domain and has published a paper entitled, “Mathematical Analysis of Retail Product Rating using Data Mining Techniques”. He is known for his commitment, patience and support when it comes to teaching.