The Creole Language and Culture Research Institute (CLCRI) was established on October 26th 2016.  There was a need to embrace the creole language and culture in the University’s structure. It was a way of getting the Seychellois people to further build their identity and to have a society where the people know their history and are well-versed in the different features of its society.  As is the case in most countries, it is the university that should play an important role in the construction of the country’s national identity, social and psychological stability. CLCRI’s main objective was to create an academic forum for the advancement of the creole language, culture and the creole society as a whole. This is to be done by collaborating with other organisations in our region and in other parts of the world.

To be the knowledge hub of Creole languages and cultures in the Indian Ocean.

The mission of the Creole Language and Culture Research Institute is to create an academic forum for the advancement of the Seychellois Creole language, culture and society within the context of and in collaboration with Indian Ocean and other Creole societies in the world through research and dissemination, the creation of databases, publications and engaging in and promoting academic activities such as debates, criticism and intellectual creativity.

Currently the Institute falls under the Faculty of Arts and Social Development at the University of Seychelles.  It has a Director, a Senior Research Officer and an advisory committee chaired by the Director and ten other members.

The Institute functions with research grants, donations and assistance from the University of Seychelles for some of its activities. 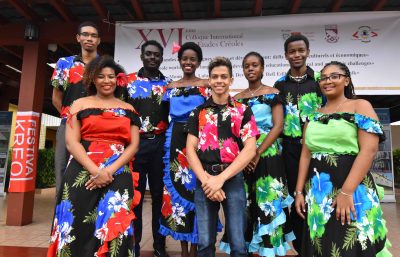