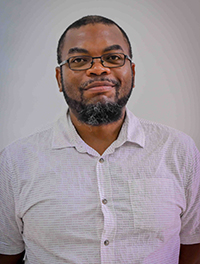 Georges Nicette joined UniSey as a full-time Lecturer in Social Work in 2014, as a core member of the newly-formed Social Science team. Prior to that he contributed on a consultancy basis to the development of the new Social Science degree programme, which includes a major specialism in Social Work. As an experienced social worker, and with related qualifications, Georges is ideally suited to his new role.

In 2008, Georges graduated from the Edith Cowan University in Western Australia, having successfully completed a Bachelor’s degree programme in Social Work. Also with Edith Cowan University, in the following year he obtained a Postgraduate Certificate in Business Administration. Next, he enrolled on a part-time basis with Staffordshire University in the UK to pursue a Master’s programme in Sociology (majoring in Social and Cultural Theory), from which he graduated with an MA in 2014.

In addition to his academic qualifications, Georges has undertaken a variety of roles as a social work practitioner. He worked for five years as a probation officer for the Ministry of Social Development and Culture and, before that, for the Ministry of Immigration. As part of his undergraduate degree programme in Australia he worked as an intern for the South West Aboriginal Medical Services and, on the basis of his performance, was subsequently employed for a further year.

Before joining UniSey, Georges gained valuable lecturing experience with the National Institute of Health and Social Studies and with the Ministry of Education’s centre for Adult Learning and Distance Learning Education.

Georges has developed good communication and computing skills and, like many Seychellois, he is fluent in English, French and Creole.

Department of Health and Social Care