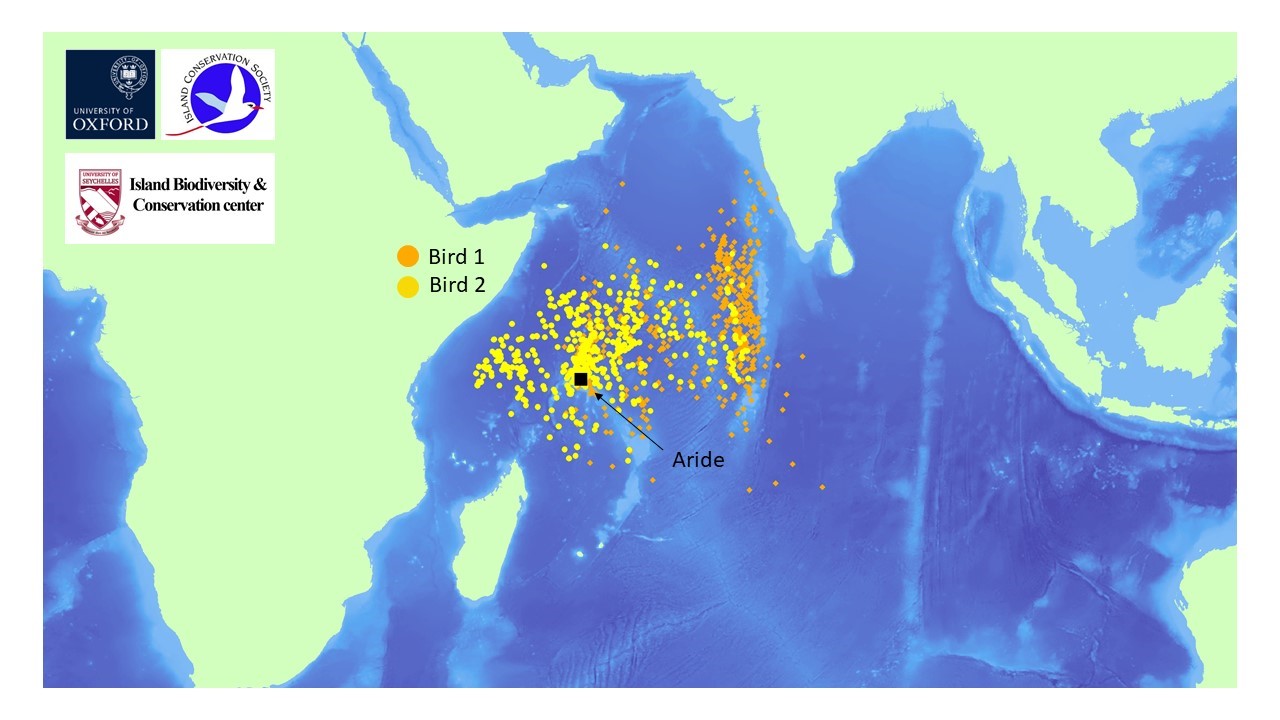 As part of a research project implemented by Dr Annette FAYET (University of Oxford) and ICS co-founder Dr Gérard ROCAMORA (Island Biodiversity and Conservation centre of the University of Seychelles), in collaboration with the ICS-Aride Island Nature Reserve team, 30 tracking loggers called geolocators (GLS) were deployed in February-March 2020 on as many White-tailed tropicbirds nesting on Aride. Each GLS (weighing little more than 1g) was attached to a metal ring identifying each tropicbird individually. These GLSs have been recording the bird’s movements at sea first during their fishing trips to feed themselves and their chicks on Aride, and later after these seabirds left Aride (after their chick fledged or because their nesting attempt failed) for a long migration. GLS measure every day the time at which daylight starts and at which night falls, something that is unique to any particular location around the planet, which allows an estimate of geographic coordinates (Latitude and Longitude). Although these measurements are not precise (up to 180km of uncertainty) they can provide an approximate position of these seabirds and an insight of their movements. 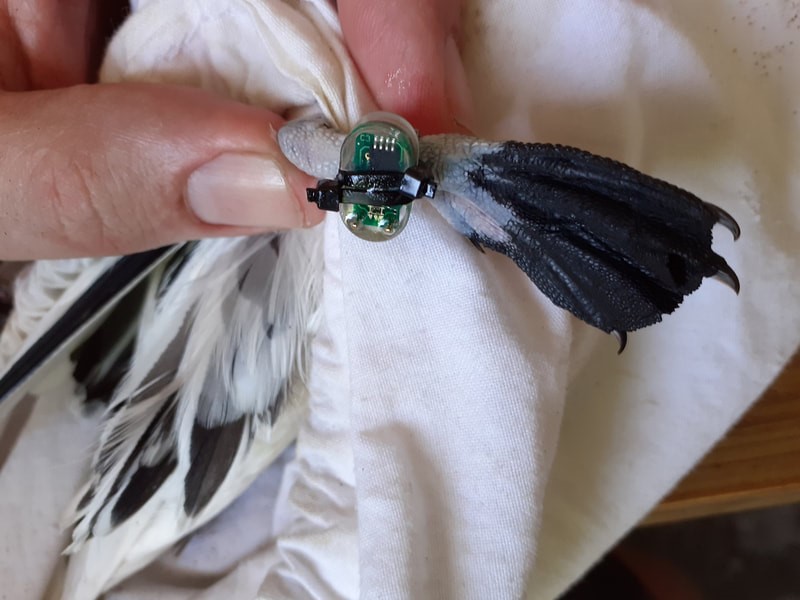 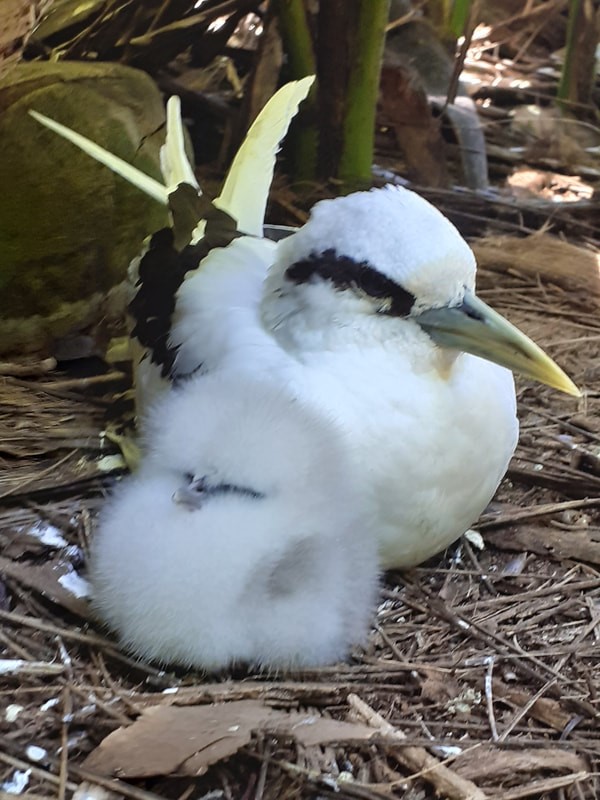 After 8 to 10 months spent at sea, six of these birds have returned to Aride to breed, almost all at the same nests. Conservation rangers Ricky ADELINE, Vanessa DUFRENNE and Annie GENDRON have been monitoring the nests every week since last December, assisting Dr ROCAMORA in retrieving the devices. These first retrievals allow us to visualise the amazing movements and huge distances covered by Aride tropic birds during their non-breeding season, one of them having reached the Chagos, the Maldives, and up to the India’s coast, whilst another remained within a radius of 2,000km around Aride. The figure below shows how the movements of two single tropic birds actually cover much of the North-West Indian Ocean. This illustrates how each of these birds is vulnerable to any negative factors occurring at wide scales across the ocean, such as changes in food supply due to global warming, El Nino events, reduction in prey due to over fishing or pollution from chemicals and plastics. We look forward to retrieving the remaining devices and discovering more of these spectacular movements of the White-tailed tropic birds that breed on Aride Island.

Text and photos by Gerard Rocamora