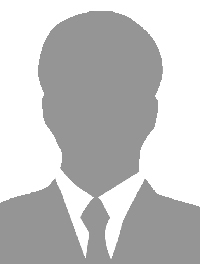 Junior Adu-Ampomah Yaw has been appointed as Senior Lecturer in Business Administration. He holds a Bachelor of Arts degree in Political Science from the University of Ghana; a Post Graduate Diploma in Research Method Skills from the Maastricht School of Management (MSM), Netherlands; a Master degree in Human Resource Management from the University of Wales, UK; a Master of Business Administration (MBA) degree from the University of Nicosia, Cyprus; and a Master of Philosophy (MPhil) degree from MSM. He is currently on the last phase of his Doctoral degree with MSM. Junior served two years in the British army, in the Royal Armored Corps. He quit the army in 2008 following an injury. He subsequently worked as Guest Relations Manager in various four-star and five-star hotels in the United Kingdom. While working as the Guest Relations Manager at the Beaumont hotel in Windsor, Berkshire, he was promoted to the position of Training and Development Manager and later to that of Human Resource Manager. In 2013, Junior embarked on an academic career at the Ghana Institute of Management and Public Administration (GIMPA) where he lectured on: Human Resource Management; Business Ethics and Social Responsibility; and Research methods. He later served as Assistant Professor and later Director for executive education and executive MBA programmes at the Nobel International Business School (NIBS), Ghana, that offers a Doctor of Business Administration (DBA) programme jointly with the Swiss Business School (SBS), Switzerland.